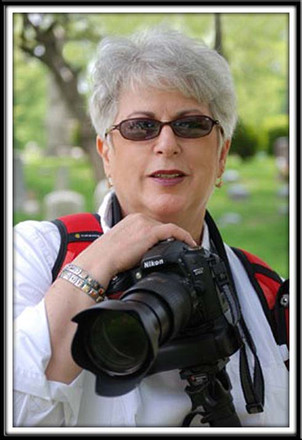 Roni has had a love of photography for over 40 years. In 2003 she developed Custom Photo Notes, which was started as a business to market note cards, books and customized slide shows. She is graduate of the New York Institute of Photography, having completed the course in half the time. Roni was awarded merit awards from the school for two of her photos.

She has photographed professional nursing organizations & conferences. Her photos have been used by American Academy of Pediatrics, a module for an online guide for parents, the book, Dr Jack Newman's Guide to Breastfeeding, IBFAN Calendar and The International Lactation Consultants Association. Her photos and cards were used by several country clubs, school/camps, and a local hotel. Some of Roni's images have been used in The First National Bank of Long Island's annual calendar for the past several years.

Roni has prepared and presented several slideshows of her work to professional organizations and libraries on Long Island. This includes Port Washington Library, Glen Cove Library, Freeport Library, Plainview/Bethpage Library. She presented her program for the Great Neck Camera Club and Photographic Federation of Long Island.

Roni's work is on permanent display at the NY Institute of Photography and Molloy College Art Gallery, an office building lobby in Melville, NY.

Roni has had photos published in Popular Photography's *Your best Shot*, the Glen Cove Record Pilot, Long Island Newsday, a Lindeman's contest for Photo of the week. Her work has been exhibited in several locations on Long Island, including Fire Island Lighthouse Preservation Juried Art Show, Long Island Center of Photography and FotoFoto Gallery. Recently Roni exhibited in Women of the World at the Hutchins Gallery, CW Post University. She won honorable mention for one of her photos. Roni is currently a freelance photographer for a local newspaper

Roni lives on Long Island. She is a mother and grandmother. Roni was the organizer for the Long Island Photography Meetup with over 250 members, for 10 years.