Created 12-Jul-20
Modified 29-Sep-20
Visitors 2
26 photos
**
Fort Tilden Historic District, is a former United States Army installation on the coast in the New York City borough of Queens. Fort Tilden now forms part of the Gateway National Recreation Area, and is administered by the National Park Service.
Fort Tilden Historic District is located on the Rockaway Peninsula, between Jacob Riis Park to the east and Breezy Point Tip to the west. All three of these sites are operated by the National Park Service.
Since its decommissioning, as of 2014 the former installation has largely become a natural area of beach, dunes and maritime forest. Most of the old military installations are abandoned, and military structures which formerly housed artillery (batteries) and ammunition (magazines) are covered in graffiti. A few buildings have been renovated and are used by local arts groups, and some large open areas are used as sports grounds. Atop one of the old batteries, Battery Harris East, a viewing platform has 360-degree views, which include the city, New York Harbor, and the Atlantic Ocean. The wilder parts of Fort Tilden are popular with bird-watchers and other nature-lovers, and the beach areas are frequently used for fishing.***
Categories & Keywords
Category:Architecture and Structures
Subcategory:Buildings
Subcategory Detail:
Keywords:Far, Fort, New, Rockaway, Tilden, York, abandoned, behind, exploration, explorer, fort, graffiti, left, urban, urban
© Roni Chastain Photography 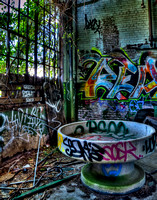 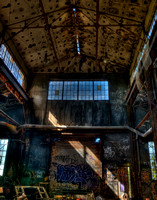 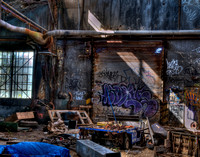 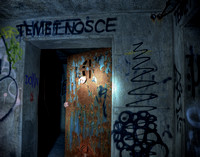 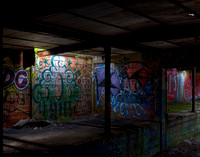 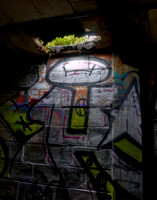 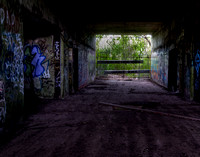