Created 20-May-11
Modified 29-Sep-20
Visitors 12
11 photos
***The Old Field Lighthouse
The new lighthouse is considerably larger than the original. The main building of the two story structure measures 30 feet wide by 32 feet long, with the rear one story anteroom about 17 by 19 feet square. The walls, 28 feet high from basement to attic floor, are made from massive two feet thick granite ashlar–blocks of stone hewn or squared for easier and truer construction. In front of the lighthouse, facing Long Island Sound, is an entryway which served as the main entrance to the lighthouse; for visitors, tradesmen, lighthouse inspectors, and seaman all came by boat in those days. The glass and iron octagonal tower, twenty eight feet tall, stands 67 feet above the Long island Sound. The circular beacon area at the top of the tower is six feet in diameter and surrounded by an iron platform. Originally, the tower was painted white but, due to maintenance and durability issues, is now painted black.
The original light in the new lighthouse was a fixed white light with a continuous steady beam. The old reflectors on the light were abandoned in 1856m before the new lighthouse had been built, and were replaced by the fourth order Henry-LePaute Fresnel lens, a “4th order lens” that was the most commonly used type on Long Island Sound lighthouses. It was bright enough to mark the coast and entrance to Port Jefferson Harbor and, in theory, was visible for 13 nautical miles. Kerosene was first used to power the lamp. Today, the electric unit flashes alternating red and green every thirty seconds. It has a 500 watt light with a range of thirty miles.
In 1933, the federal government deactivated the lighthouse, removed the light from the tower, and replaced it with an automated gas light erected on a 50 foot skeleton steel tower built next to the lighthouse. Two years later, in 1935, the lighthouse property was conveyed to the Village of Old Field for “public park” purposes. However, after Pearl Harbor and the American entry into World War II, the federal government seized the property for purposes of national defense. A small Coast Guard contingent occupied Old Field Point. Following the end of the war, the lighthouse was returned to the Village of Old Field. In the summer of 1991, the Coast Guard returned the light to the lighthouse tower room where, under Coast Guard supervision, it once again sends its beam across the waves.****
Categories & Keywords
Category:
Subcategory:
Subcategory Detail:
Keywords:
© Roni Chastain Photography 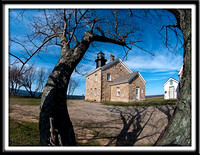 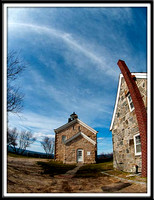 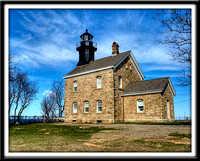 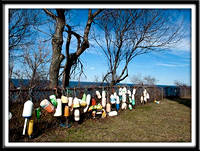