Created 2-Apr-14
Modified 15-Sep-22
Visitors 15
41 photos
***In November 1975, the Buddhist Association of the United States (BAUS) leased 125 acres of land in Putnam County from Dr. C.T. Shen (one of the co-founders of BAUS and late Vice President of BAUS) for the development of Chuang Yen Monastery. According to the temple, the lease was for ninety-nine years with an annual payment of one dollar. As suggested by the local government, Dr. Shen donated the land to BAUS in 1989.
Much of the temple buildings are built in the architectural style of China’s Tang Dynasty, and was designed by architect Edward A Valeri RA. On May 23, 1981, a groundbreaking ceremony was held for the first building, the Kuan Yin Hall. The other buildings that make up the monastery were added over the years: the Dining Hall, the Thousand Lotus Memorial Terrace, the Tai Hsu Hall, the Yin Kuang Hall, the Woo Ju Memorial Library and the Great Buddha Hall.***
http://www.baus.org/en/?cat=3
Categories & Keywords
Category:Architecture and Structures
Subcategory:Churches
Subcategory Detail:
Keywords:Buddha, Buddha, Buddhist, Carmel, Chuang, Great, Hall, Hall, Kuan, Monastery, Monastery, NY, Yen, Yin
© Roni Chastain Photography 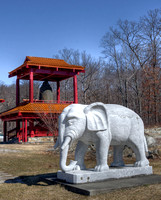 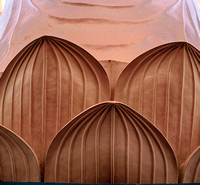 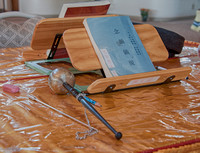