Created 13-Nov-10
Modified 15-Sep-22
Visitors 55
50 photos
**The Atlantic Avenue Tunnel is officially the world's oldest subway tunnel. This tunnel was built in 1844 beneath a busy street in the City of Brooklyn (Brooklyn did not become part of NYC until a half-century later). The Atlantic Avenue Tunnel is a half-mile long and accommodated two standard gauge railroad tracks.

The Atlantic Avenue Tunnel was built in only seven months, using the cut-and-cover method; only hand tools and primitive equipment was utilized in its construction. It was built to provide grade separation for early Long Island Rail Road trains that lacked brakes good enough to operate on city streets. The tunnel was built to attain grade separation for the previously existing LIRR route on the surface of Atlantic Avenue. The tunnel eliminated vehicular and pedestrian traffic conflicts and delays.

The tunnel is located within both the Brooklyn Heights and Cobble Hill Historic Districts, and within a U.S. Historic District. The Atlantic Avenue tunnel is a landmarked and protected historic site (It has been a Federal (and State of New York) officially registered Landmark since September 7, 1989: National Register of Historic Places, NRHP Reference#: 76001225).**
http://www.brooklynrail.net/proj_aatunnel.html
Categories & Keywords
Category:Architecture and Structures
Subcategory:Places of Interest
Subcategory Detail:
Keywords:atlantic, ave, tunnel
© Roni Chastain Photography 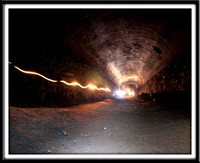 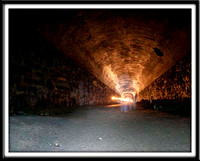 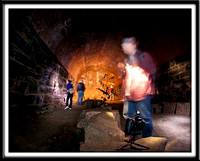 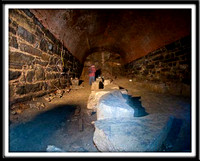